AAPI: A Call for Solidarity and Collective Action

Immediately after the murder of eight people–including six Asian women–in Atlanta, Georgia last Tuesday, I started to write this letter. But it didn’t feel quite right. As an Asian American, I wanted to do more than write a statement.

By the next morning, Mariko Silver of the Henry Luce Foundation, Pat Eng of Asian Americans/Pacific Islanders in Philanthropy (AAPIP), and I began to coordinate a response that felt like the right path to take. We wanted to channel our anguish and anger into a philanthropic call to action.

A Call for Solidarity and Collective Action

Today, I’m proud to announce that AAPIP has launched the AAPIP Letter of Intention: A Call for Solidarity and Collective Action to which over 500 philanthropic leaders have signed on.

The letter’s main message is a call to build multi-racial solidarity and power across racial groups and to increase funding for all communities of color and organizations, including AAPI groups. For AAPI communities, this represents a pivot in strategy and positioning. Historically, AAPI groups and networks have advocated for more funding for AAPI communities, which is important, but not fully sufficient to address the challenges we collectively face.

We acknowledge that AAPI communities and organizations should get more philanthropic attention. The U.S.’s AAPI populations are far from monolithic and exhibit a wide range of challenges, including poverty, discrimination, and political marginalization. However, AAPI philanthropy leaders increasingly want to situate those needs within the more strategic long-term goal of increasing funding for Black, Indigenous, and all other communities of color and organizations that serve and are led by people of color.

We also believe that it is essential to support multi-racial coalition building. After all, all of our communities are severely underfunded by the philanthropic sector, and therefore we all lack sufficient power and influence to shape decisions that affect us. Plus, we want to halt efforts (including the “model minority” stereotype) to drive political and social wedges between racial groups. Americans will be much stronger if we are united and not divided.

Heartbreaking and Infuriating, But Not Surprising

All of us at the Surdna Foundation are still reeling with sadness and outrage at the murders of Soon Chung Park, Hyun Jung Grant, Suncha Kim, Yong Yue, Delaina Ashley Yaun, Paul Andre Michels, Xiaojie Tan, and Daoyou Feng. Our hearts go out to their families and friends. We are heartbroken yet not surprised by the tragedy of their deaths.

A newly released report from Stop AAPI Hate details what I and my fellow Asian Americans and Pacific Islanders know all too well: hate incidents against AAPI people are surging. Women, youth, and older people have borne the brunt of nearly 3,800 incidences of violence and harassment reported to Stop AAPI Hate in the past year.

The fires of xenophobia and racism have long burned in the United States: From the Chinese Exclusion Act of 1882 to Japanese internment camps during World War II to our highest elected officials scapegoating Chinese people for the coronavirus in 2020. In the past year alone, anti-Asian racism has cost far too many lives and dealt a severe economic blow to AAPI businesses and communities.

The racism leveled at AAPI people is inextricably linked to misogyny, white supremacy, and systemic racism. The myth of scarcity—that one group’s gains require another’s losses—adds fuel to the fire that engulfs our country in moments like this.

As a society, we must hold ourselves accountable for the America we live in now. We must collectively dispel and dismantle the policies, practices, and narratives that have enabled the systemic harms of racism and division in our nation. For how long will we tolerate stereotypes of Asian women as sexualized beings? How many more people have to die before we enact meaningful gun reform? How can we reject the same old—and ultimately counterproductive—responses to violence, such as over-policing in communities of color, and shift to more systemic reforms, such as the dismantling of white supremacist beliefs and practicing restorative justice?

In doing this work, we must never forget to see the humanity in one another. We cannot go off to our own ideological islands. We must foster unity around shared values and envision a future in which everyone is treated with dignity and has a fair shot at a prosperous, happy, and healthy life.

On Saturday, I attended the rally in New York City’s Chinatown against anti-Asian hate and violence with my wife and teenage daughter. There, I saw people of all races, ages, and physical abilities coming together to stand up for AAPI people. It reminded me of the African philosophy of Ubuntu, which places an emphasis on our shared humanity and the interconnectedness of our well-being. It is summed up in the phrase, “I am what I am because of who we all are.” Let’s work towards a more united United States. A more just future depends on it. 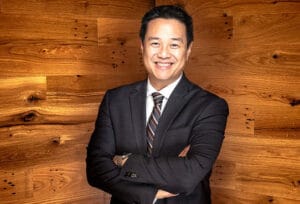 AAPIP is a Surdna grantee and Don Chen serves on its Board of Directors.